Unfortunately, we are unable to run a complete tour around our working brewery at the moment. We are reviewing our offering options.

In the meantime pop into the cellar door and ask for a guiding tasting and we'll talk you through 6 of our beers and run through the brew process & history in our small 1200L brewhouse.

Price: $20 per person
Email: tours@emersons.co.nz to secure a time. 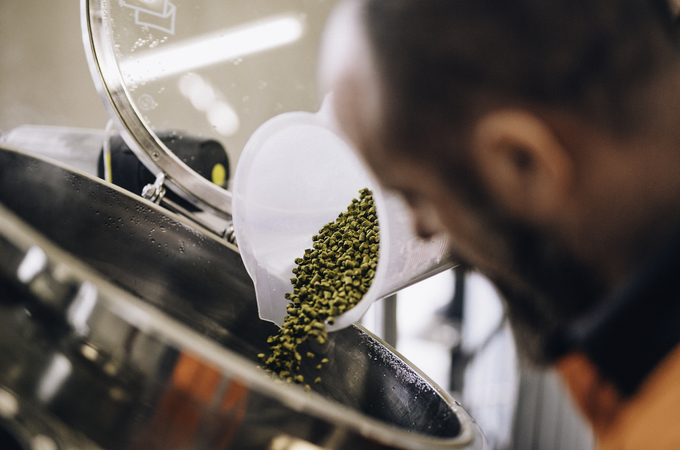 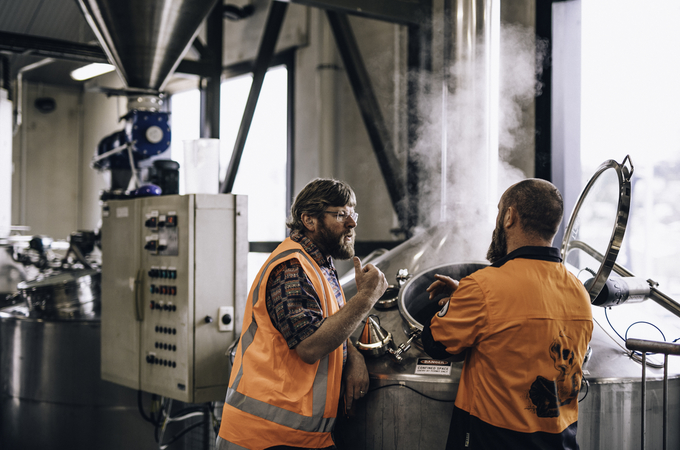 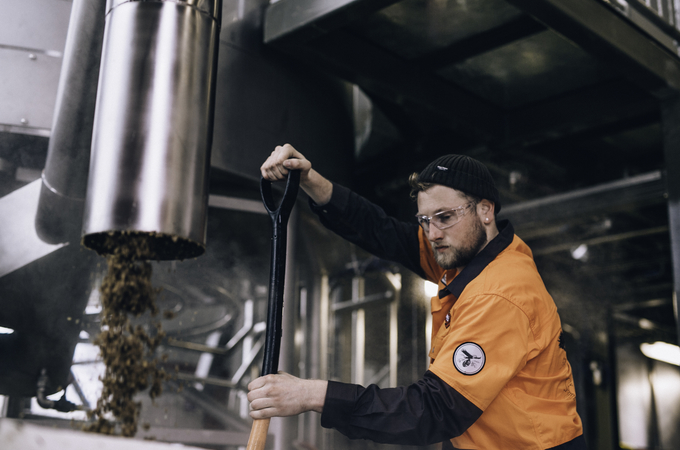 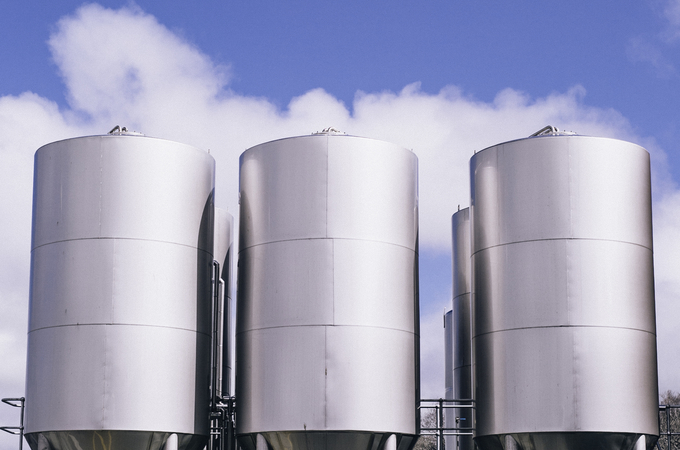 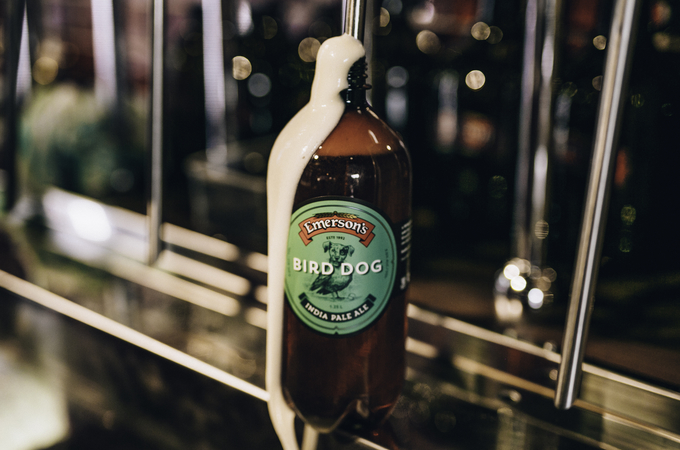 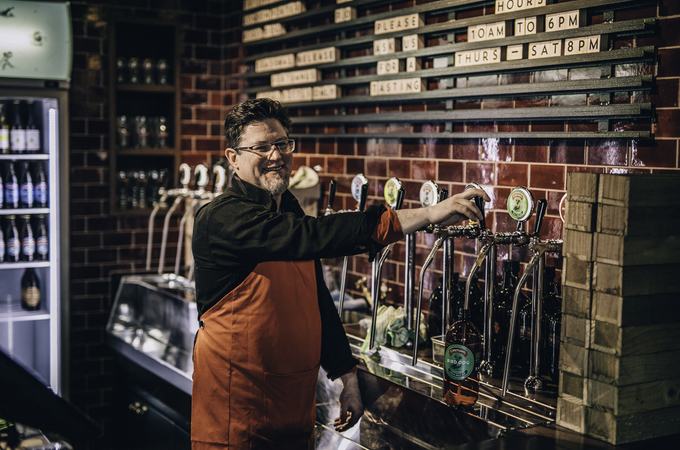 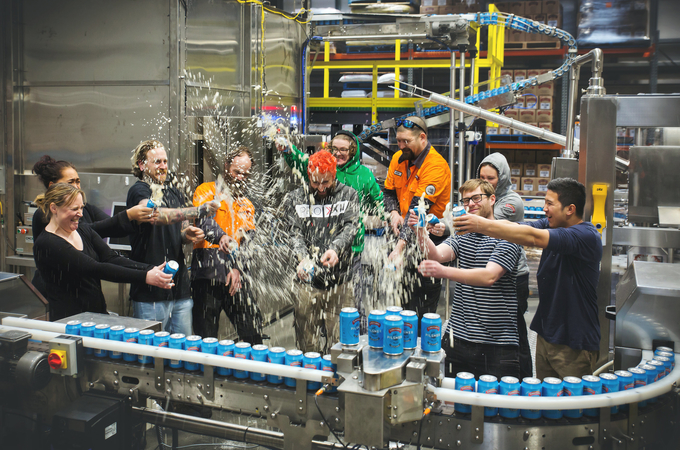 The Emerson's story begins in ancient times, also known as the eighties. A young, impressionable Richard spent some time living in Edinburgh (sometimes referred to as the Dunedin of the north). He was fascinated by the culture – the pub culture that is – and soon took to it like a fish to water.

"HE CAME BACK FROM EDINBUrGH DETERMINED TO CHANGE OUR BEEr CULTUrE" 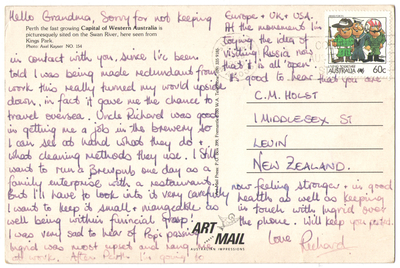 Richard sent a postcard to his Grandma, outlining his dream to one day own a brewpub.

richard SPENT A LOT OF TIME IN HIS MOTHEr'S KITCHEN. HIS FAVOURITE THING TO COOK WAS BEEr. 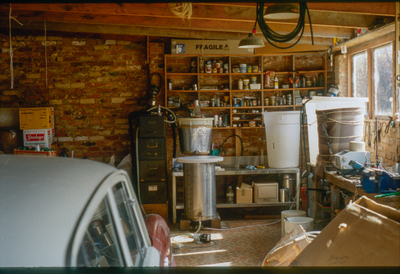 Richard gets kicked out of the kitchen. 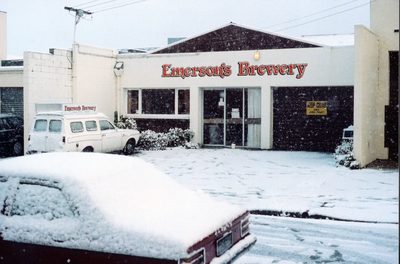 In October 1992, The Emerson Brewing Co Ltd was established at 4 Grange Street, Dunedin.

The first stage of Richard's great masterplan was a labour of love. He spent three months fitting out the brewery before it could open for business. He did most of the design, construction and decorating himself. Every dollar was precious. So, he borrowed, restored and repurposed, wherever he could. Even modifying dairy vats for the brewhouse. There was one thing he didn't do that year – pay himself.

THE MOMENT OF TrUTH

After what seemed like an eternity to Richard, his first brew was ready to drink in January 1993. The London Porter was based on a recipe he picked up from a brewer buddy, while living in London. It was tested on the biochemistry department at Otago University, where Richard’s father George worked, and they gave it the thumbs up. To this day, it's still Emerson's flagship dark beer, although it's evolved a little over the years. 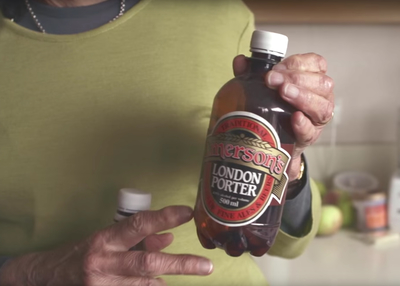 Despite being neither food or wine, Emerson's were invited to be pArt of the Dunedin Food & Wine Festival of 1994. 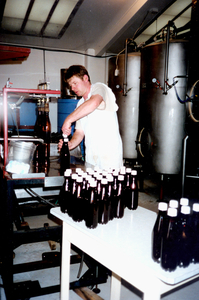 The beer that evolved into Taieri George was brewed for the first time. 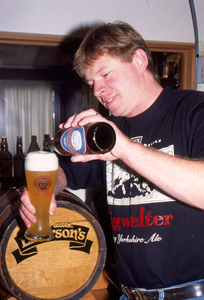 PrIDE OF THE PLAINS

Brewed for Biograins NZ, who saw a gap in the market for organic beers.

George Emerson kept dropping by the brewery. Most people thought he was just popping in to taste the beer, a few times a day. But he later admitted he was actually trying to keep Richard brewing, instead of consuming. 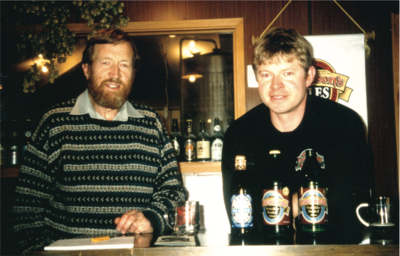 Bookbinder was first brewed for the most rock 'n' roll event on the calendar – the 1996 Oamaru Victorian Fête. The original recipe was quickly scrawled on the back of an envelope. Richard had no idea it would become such a hit, becoming a real favourite in the Emerson's core range.

Our iconic hoppy India Pale Ale was brewed for the first time in 1996.

At the New Zealand Brewers Festival in 97, Richard was lucky enough to meet Michael Jackson (the esteemed beer writer, not the moonwalker). Jackson is credited with playing a big part in the emergence of craft brewing as we know it today, with his book 'The World Guide To Beer', and TV series 'The Beer Hunter'. He later wrote some kind words about Emerson's in the 1999 edition of 'Ultimate Beer'.

Emerson's started exporting to the Baa Baa Bar & Café in Japan. The beer was loved, which was a bit of a problem, because they started asking for "container loads". Needless to say, the arrangement came to an end.

Winter Warmer was re-released with a new name, and bright yellow label featuring Fred Quilley from 'Hi-de-Hi'. The beer went down well, the label, not so much.

By the turn of the century, the brewery was overflowing (not literally). It was proving hard to keep up with demand for existing beers, not to mention the new ideas fermenting in Richard's mind. It was time for a big move. So, in May, the lease was signed on the building across the road – 9 Grange Street. In true Emerson style, Richard spent his days brewing at number 4 and his evenings renovating at number 9. The new brewery was officially opened by Peter Hodgson, Member of Parliament for Dunedin North in November 2000. 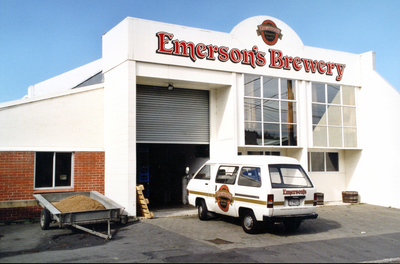 The brewery at 9 Grange St. 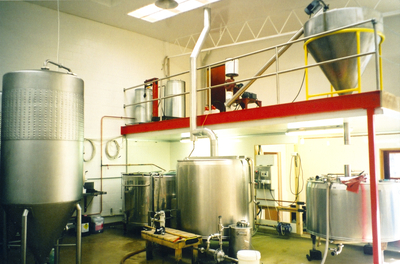 In March of 2002, Richard's father George passed away. One year later, in memory of his father, Richard brewed Taieri George (a recipe he knew his Dad liked). The beer is still released every year on George's birthday, so we can all raise a glass in his honour.

ON THE MOVE AGAIN

By the end of 2003, it was clear that yet another move was required. After scouring Dunedin for almost a year, Richard found his new site at 14 Wickliffe Street. A whole 700m away.

In January 2005, Richard commissioned the building of his new 5,000 litre brewhouse.

OPENING PARTY BY THE NUMBERS

In lAte 2006, Chris O'LeArY mAde the move south from Limburg Brewing Co. to Dunedin to become officiAl Piss-tAker of RichArd. He Also stArted looking After production.

Friend of Emerson's, and Head of Food & Science at Otago Uni, JP Dufour passed away suddenly while in Ghana. Richard honoured him with the JP Belgian, which is still brewed every year in his memory.

Richard wanted more opportunities to experiment with different beers, without distracting from the core range. So, in 2008, Brewer's Reserve was introduced. Since then, not only have we had a lot of fun trying a wide variety of flavours and styles, a number of brews have become firm favourites.

Lion purchased Emerson's in 2012. They kept Richard as Head Brewer, and vowed to keep the brewery in its hometown of Dunedin.

In October 2014, land was purchased on Anzac Avenue to build a brewery and taproom. It's something Richard had been dreaming of for almost thirty years. And now, thanks to Lion's investment, it was coming to life right here in Dunedin. Construction began in July 2015. 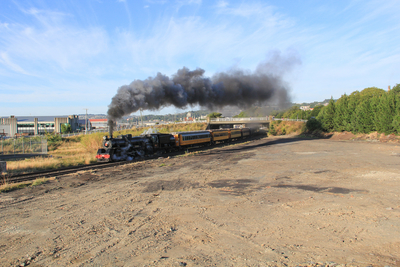 The new Anzac Avenue site. Richard's love of trains had nothing to do with the choice of location. 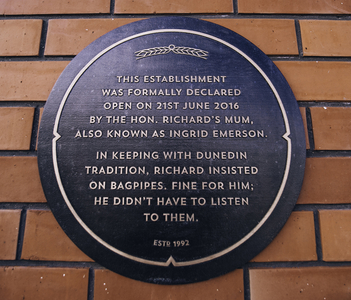 The new Emerson's Taproom & Brewery was officially opened in June 2016. 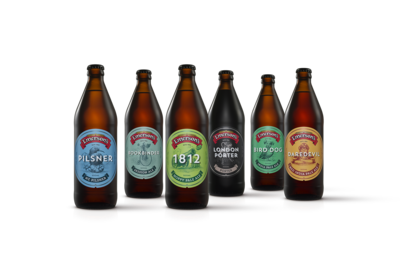 The labels get an update. Richard still looks the same. 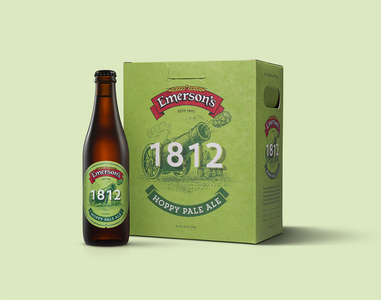 For the first time, smaller 330ml bottles were released in a six-pack. 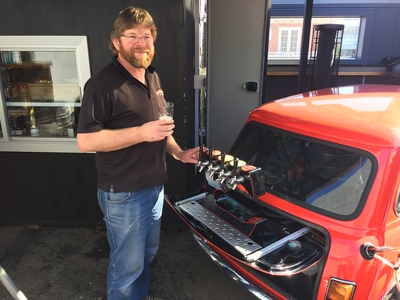 Richard with his Mini Bar.

In the early days of the brewery, Richard used his old Mini to deliver beer. In February 2016 he decided it was high time he had another one. So he went on a mission to Wellington, bought one, and drove it all the way back to Dunedin. Of course, he made a few modifications, and now calls it the "Mini Bar".

HE CAME BACK FrOM EDINBUrGH DETErMINED TO CHANGE OUr BEEr CULTUrE